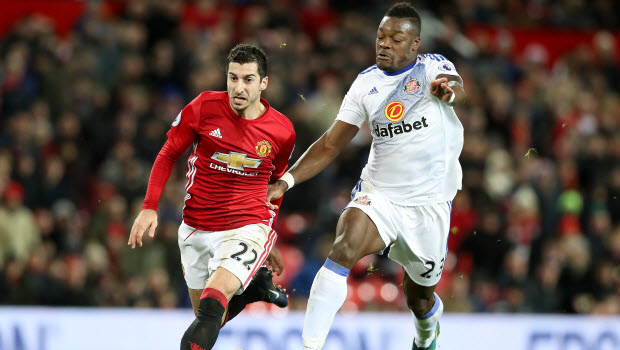 Henrikh Mkhitaryan is now seeing the results of his early-season hard work pay off, according to Manchester United boss Jose Mourinho.

The Armenian was a big-money summer signing from Borussia Dortmund but did not immediately settle into the Premier League.

For a spell this season Mkhitaryan was looking in from the outside but has now forced his way into Mourinho’s plans.

He has scored three goals in his last three appearances and his form is coinciding with the overall mood lifting around the club, with the Red Devils unbeaten in nine league games and with four straight wins under their belt this month.

Old Trafford boss Mourinho has paid tribute to Mkhitaryan and says the player showed a positive attitude in adapting his style to English football before he got his chance in the first team.

“And he worked a lot without playing, but he worked a lot to try to reach the level.” Mourinho suggests that Anthony Martial is another player that needs to be given time to adapt to the current style of play United are trying to implement.

The French attacker has struggled at times this season but his manager retains plenty faith in his ability.

“The team had lots of passive ball possession, just waiting to put it into space for Anthony to go and score a goal. This season is more difficult.

He needs a little bit of time to improve.” Man United are 1.25 to beat Middlesbrough at Old Trafford on New Year’s Eve, while the Red Devils are 17.00 to win the title this season.