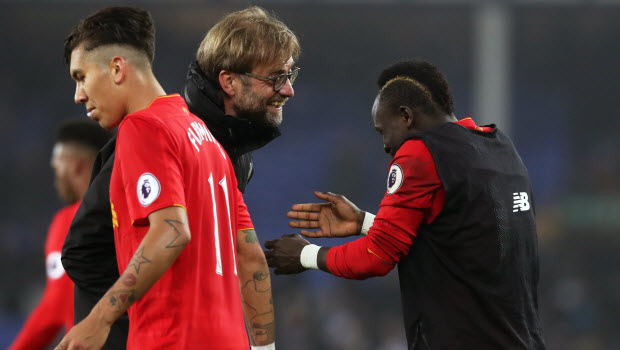 Jurgen Klopp hopes to see Liverpool make the most of home advantage when they face Manchester City in their final game of 2016.

Pep Guardiola brings his side to Anfield on New Year’s Eve as the teams directly behind league leaders Chelsea collide.

Klopp watched his team rally from a goal down to defeat Stoke 4-1 on Tuesday and insists he is looking forward to the challenge of facing City.

The German expects a tough game but is focused on the fact that Liverpool will have home advantage in their favour. “We are already looking forward.

It’s a difficult game for both teams but an exciting one. The best news for us is that it’s at Anfield,” said Klopp. “They’re an outstanding side, we are not too bad. It’ll be a nice game.”

Guardiola was in the stands as Liverpool overcame Stoke, with Klopp confirming afterwards that he has not been to watch Guardiola’s team this season.

Liverpool have the quality to worry any team, according to Klopp, but he knows they must avoid a repeat of the cagey start that allowed Jon Walters give Stoke their early advantage on Tuesday. “Confidence is not a problem of the team at the moment.

We know about our quality, but obviously we don’t show it all the time,” he added. “The start of the game was really difficult because the plan of Stoke was to press really high especially with the two strikers.