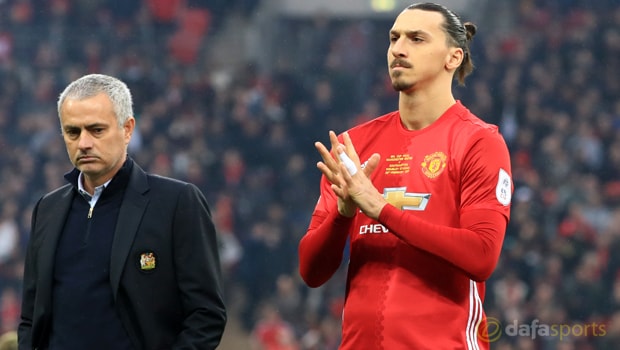 Manchester United boss Jose Mourinho is confident that Zlatan Ibrahimovic will extend his stay at the club after his heroics in the EFL Cup final.

Ibrahimovic was the hero for the Red Devils as he scored twice as United beat Southampton 3-2 in the final.

The former Sweden international opened the scoring in the first-half before Jesse Lingard added a second for Mourinho’s men.

They were then pegged back by a brace from Manolo Gabbiadini but Ibrahimovic broke Southampton’s hearts with just minutes to go.

He headed home Ander Herrera’s cross in the 87th minute to score his 26th goal of the season since his move in the summer.

Ibrahimovic has proven his ability at Ajax, Juventus, Inter, Milan, Barcelona and Paris Saint-Germain and Mourinho is confident he will stay at the club next season.

Ibrahimovic signed as a free agent in the summer but Mourinho believes the club’s fans could play their part in making him stay.

“One day, Zlatan decided to [leave me and Inter Milan to join) Barcelona, I was very sad, but I did nothing to try to stop him to go, so I don’t beg for players.

“But, if needed, maybe United fans can go to the door of his house, and stay there all night, if needed.

We all want, and believe, that he is going to stay another season.”