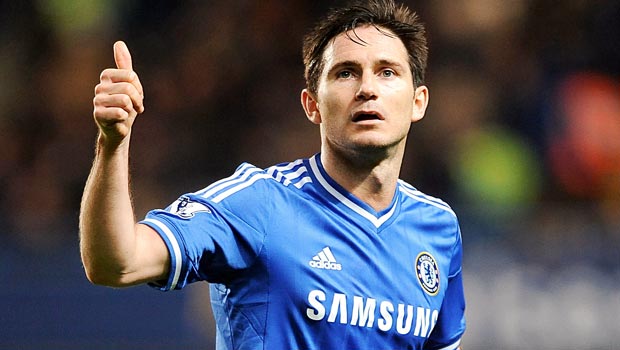 Manchester City boss Manuel Pellegrini has confirmed that former Chelsea star Frank Lampard will join the club on a six-month loan deal and will be an “important player for us”.

The 36-year-old England international midfielder only left Stamford Bridge at the end of last season following a 13-year stint in which time he made 649 appearances while also becoming the Blues’ all-time top scorer with 211 goals.

Lampard was announced as new Major League Soccer outfit New York City FC’s latest signing late last month. But with the new campaign in the United States not due to start until next March, he was keen to join a club on loan in the meantime to ensure he is fully fit.

It was initially suggested that Lampard could move to the City Football Group’s third club, Melbourne City, in Australia’s A-league.

However, following speculation that he could make a dramatic return to the Premier League with City, Pellegrini has now confirmed a deal which will see him move to the Etihad Stadium until mid-January.

Speaking after City lost on penalties to Olympiakos after a 2-2 draw in Minneapolis, the Chilean tactician said on Sky Sports News: “As you know Frank has signed a contract with New York City and will start working here in January as the season starts in March.

“From next Wednesday he will start working with our team and will play for us until then.

“At the moment he will work with the squad and be a member of the squad. He will fight for a position.

“He knows we have a very good team, we have a lot of players in his position. He is one player more.

“We have a lot of games particularly with the Champions League – so he’s very important for our team.”

City are priced at 3.25 to retain their Premier League title this coming season, while they are on offer at 12.00 to lift the Champions League trophy.