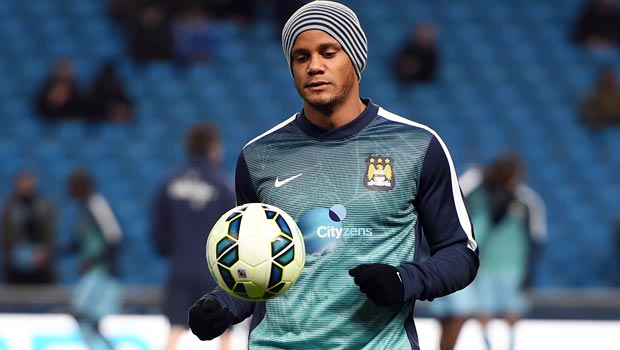 Manchester City boss Manuel Pellegrini says Vincent Kompany was in need of a rest after he left his captain on the bench for the 2-0 win over Leicester.

The reigning Premier League champions have had a tough week, after losing to both Barcelona and Liverpool, and Pellegrini felt it was time to refresh his side and make a number of changes.

Kompany was criticised for his performances against Barca and Liverpool, so Pellegrini opted to take him out of the firing line against the Foxes.

Pablo Zabaleta and Edin Dzeko were also dropped to the bench, while Samir Nasri and Fernandinho were left out of the squad altogether.

The changes appeared to have the desired effect as goals by David Silva and James Milner helped City to a much-needed 2-0 win.

When asked to explain his selections, Pellegrini said: “For the same reason Pablo Zabaleta, Vincent Kompany, Fernandinho, Samir Nasri, Edin Dzeko – that were playing normally – I think it was important to refresh the team mentally and physically after two difficult games.

“We have the squad we want so it was a good moment to refresh the team.”

City remain five points behind leaders Chelsea but Pellegrini, who has seen question marks put over his own future, was just relieved to get back to winning ways.

“I think always when you don’t have the result you need the next game is very difficult,” he added. “That is why the most important thing was to win the three points.

“We dominated the game and had a good possession of the ball.