Lyon looking to bounce back after 2-1 loss to Nice

Posted by OLADIPUPO MOJEED on February 5, 2020 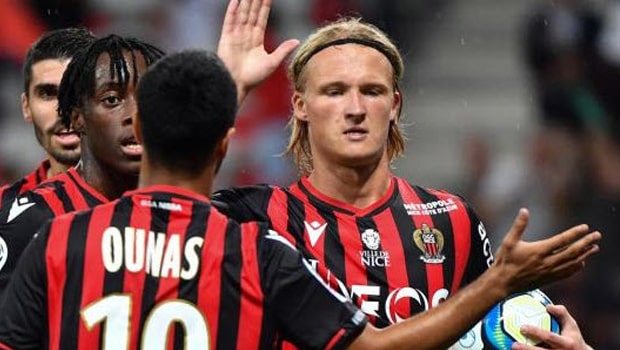 Olympique Lyonnais is looking forward to returning to winning ways today after their unbeaten run in 2020 came to an end at the weekend over a 2-1 loss to OGC Nice.

The Ligue 1 top side is not ready to allow another slip this time around when they welcome struggling Amiens SC as part of the plan to maintain their push for Champions League place.

With a 2-1 loss at OGC Nice on Sunday coming three days after a 2-1 victory at the Allianz Riviera in the Coupe de France, they are determined to overcome the little blip quickly.

Although they were reduced to ten men against Patrick Viera’s men after the sending-off of Fernando Marçal midway through the first half, Lyon couldn’t hold off Kasper Dolberg from scoring twice despite Karl Toko Ekambi scoring his second goal in as many league appearances for the club which brought them level before the break.

The first loss in eight matches in all competitions has left the Champions League side sixth in the table, eight points behind Stade Rennais FC, which is occupying the third place.

To continue their aim of securing a place in the UEFA Champions League again next season, they will have to overcome Amiens and hope Lille wins against Rennes to reduce the gap to five points. Lyon will also be happy if both can play draw as Lille is also occupying the fourth spot 34 points.

With Amiens fighting to avoid the drop to the lower league, they could be defensive, hoping to commit little error in games like this and not get punished by their hosts.
Speaking, Lyon defender, Rafael Da Silva, said the side needs to be positive now after Sunday’s defeat as big matches are coming up. He, therefore, urged the lads to start another winning run today as that is the most important thing.

Also speaking, Coach Rudi Garcia pointed out that the points are precious to the team, adding that there is still a long way to go in the league.

After their midweek game, Lyon travels to Paris to face the leaders, PSG at the Parc des Princes on Sunday. This will be followed by a home game against Olympique Marseille, in the quarter-finals of the Coupe de France billed for next Wednesday. They will conclude the month with a visit to Italy to face Juventus in the Champions League last 16 first leg and again hosts AS Saint-Etienne in the derby a few days later.