Posted by Olumide Akinnifesi on February 5, 2020 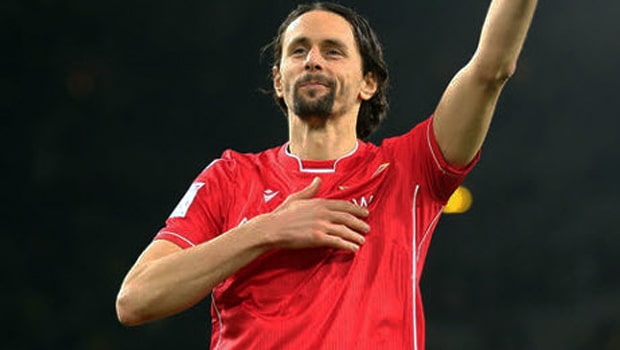 Subotic played for Borussia Dortmund for ten years [2008-2018]. During those years, he won two Bundesliga titles, two German Cups, and also helped the team to reach a Champions League final.

The center back was instrumental in playing a pivotal role at the back. Many of his teammates moved on from then, but the defender remained at the club at the end of the 2017/’18 campaign to see out his deal before he moved to the French side St. Etienne.

Neven Subotic moved back to Germany as he signed for Union Berlin. His first return to Dortmund’s home ground was on Saturday, where that lost by five goals. However, irrespective of that, he got a standing ovation as the Dortmund faithful applauded him, and his name echoed from every angle of the stadium.

The 31- year old center back was nearly moved to tears and was delighted with the send-off he got at the end of the match. He said, ” it was a fantastic moment, as I couldn’t hide my joy as I was standing in front of 25,000 fans showing their support and appreciation. I was so honored it’s a special moment in life and career”.

His [Subotic] side Union Berlin was torn apart by Dortmund as the likes of Haaland, Sancho Reus, and Witsel got on the scoring sheet.

However, Subotic’s side Union Berlin are four places and six points clear of the relegation play-offs.