LVG: Title pretenders must prove they can cope 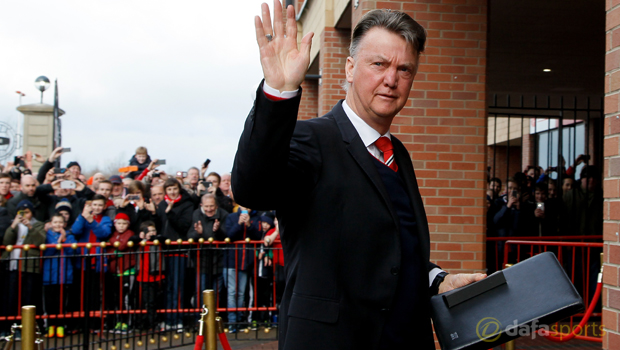 Leicester City and Tottenham Hotspur have yet to face the true test of their title-winning credentials.

That is the view of Manchester United manager Louis van Gaal who says the surprise top two in the Premier League will find out a lot more about themselves in the final 13 games of the season.

Leicester have stunned everyone by climbing to the top of the pile and staying there.

Claudio Ranieri’s men cemented their position in some style last weekend by winning 3-1 at Manchester City.

Mauricio Pochettino and Spurs meanwhile have quietly been going about their business with the meanest defence in the top flight and they moved into second after defeating Watford at White Hart Lane last Saturday.

Van Gaal’s team meanwhile are a dozen points off top spot ahead of their visit to Sunderland in Saturday’s early kick-off.

The former Barcelona and Bayern Munich boss has had his say on Leicester and Spurs and van Gaal believes they must answer the real questions when the pressure comes on in the home stretch and they “have to win” important games.

“Is it possible [that either could win the title]? Why not? Maybe their players can cope, but that you do not know and that is a question that both Leicester and Tottenham must answer,” said the Man United manager.

Van Gaal says it is not for him to speculate on how either team will cope as he is looking in from the outside, but he says it will all become clear now that they are both being touted as potential title-winners.

“It doesn’t say anything about the personalities in these teams. I don’t know them so I cannot judge. But there shall come a moment when they have to win. At the moment, everything is OK and nice. But the manager has spoken about being champion, so now it shall play in their heads,” he added.

Leicester are priced at 3.25 to be Premier League champions this season while Tottenham are 5.00.