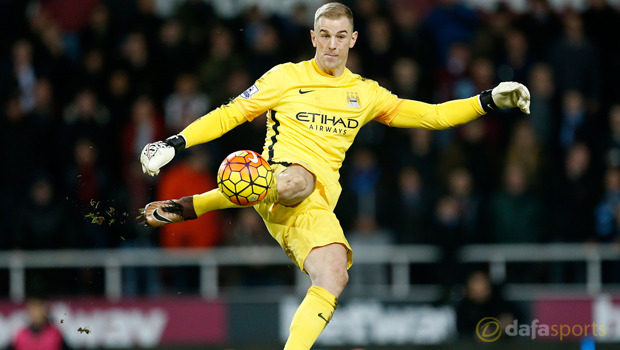 Joe Hart says there is genuine belief within the England set-up that they can win Euro 2016 in France this summer.

The Manchester City goalkeeper admits that the pain of previous failure at major tournaments is something that drives him on to succeed and make people “proud of English football.”

It will be 20 years this summer since England last appeared in the last four of a major tournament, when they were knocked out of Euro’96 on penalties by eventual winners Germany on home soil at Wembley.

Two year ago in Brazil, England failed to emerge from the group stage at the World Cup after losing to both Italy and Uruguay.

Hart however says there is real belief within the squad that they can achieve something in France, with Roy Hodgson’s team having won all ten games during their qualification campaign.

He does admit that it is now time to deliver on the field of play.

“It’s a tough one because I genuinely believe we have a huge chance, I really do personally knowing the squad like I do, knowing the management, the setup, what we are capable of but you could have reversed back two years, four years and had another England member of the squad sat her saying the same thing,” he told BT Sport.

The 28-year-old stopper says many of the squad are now driven by a real hunger to succeed on the international stage, himself included.

“We’re really excited and we’re so hungry. I can especially speak for myself personally but I am so hungry to really do it on an international level, on a stage and bring something back and make people proud of English football,” he added.

Hart also revealed he will be putting his name forward should England face a penalty shoot-out in France, although he says it will be a long way down the list.

“I understand why I’m down the order because the majority of teams that I play in have got at least eight or nine better outfield players than me but I always…I’ll always put myself forward but a lot of players do,” he said.