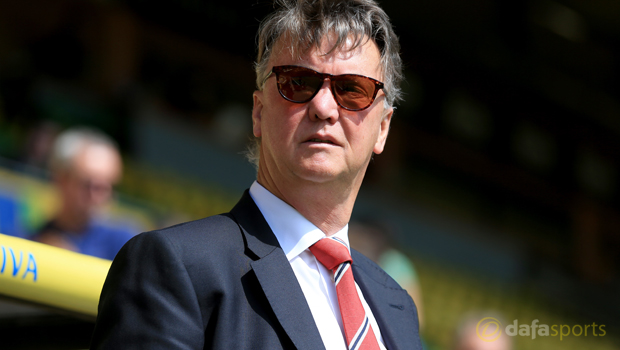 Manchester United manager Louis van Gaal believes he will still be in charge of the club next season despite uncertainty over a top-four finish this term.

Van Gaal is approaching the end of his second season at the helm, but is yet to be given any assurances over his future at Old Trafford.

The Dutchman signed a three-year deal when he joined following his exploits in charge of the Netherlands at the 2014 World Cup in Brazil.

However, some sections of the United faithful are unhappy with his style of play and believe the club must look elsewhere.

United go into Sunday’s season finale with an outside chance of securing a top-four finish, knowing that they can leap-frog rivals Manchester City if the Blues lose to Swansea and the Red Devils beat Bournemouth.

Van Gaal, 64, also has the chance to end the campaign with some silverware as United (1.36 – FA Cup Outright) are set to face Crystal Palace in the final of the FA Cup.

Despite that, Van Gaal has been under growing pressure since December when Jose Mourinho was sacked by Chelsea and immediately linked with his job.

The former Barcelona boss believes he will stay in charge next year unless the board suggest otherwise.

Van Gaal said: “I have said I shall be here, that is my opinion, so the board has to decide if it is like that. We can win the FA Cup. “And we are still in the race.

How many teams can say that? Not many. Our aim was to qualify. Of course you can say Manchester United need to be champions, yes I know the expectations are like that, but I don’t think that is realistic.”