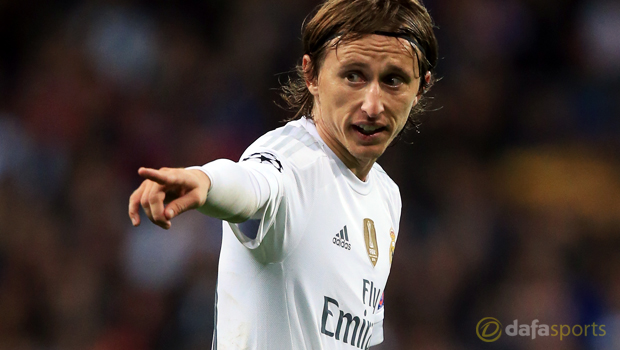 Zidane replaced Rafael Benitez at the Bernabeu in January after Los Blancos parted company with the former Liverpool boss just six months into his reign.

Croatia midfielder Modric says Zidane was his idol growing up and he is treasuring every opportunity he gets to listen to the 1998 World Cup winner.

“Every piece of advice he gives you is like gold dust and it helps you improve on the pitch,” Modric said.
“Zinedine was an idol, one of the players I admired as a child. I think every young player admired him because he was one of the best of his generation.”

Modric was rumoured to be one of the Madrid players unhappy under Benitez earlier this season. The gifted playmaker was apparently uneasy at Benitez urging him not to pass the ball with the outside of his foot as frequently as he likes to.

Zidane, in contrast, has praised Modric’s technique recently, saying: “Specifically, Modric uses the outside of his foot in a way that greatly impresses me.”

Modric will be hoping to emulate his boyhood idol this summer by helping Croatia to success at Euro 2016 in Zidane’s native country.

Zidane was player of the tournament as he helped France to European Championship success in 2000 when they overcame Italy via David Trezeguet’s golden goal in the Rotterdam decider.

Croatia are 1.36 to win the group and they are 2.10 to defeat Turkey in their opening game.