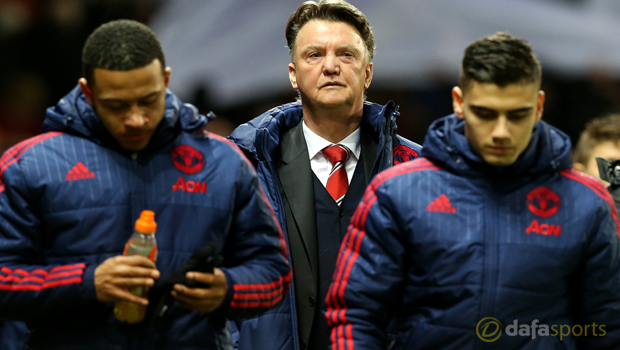 Louis van Gaal believes there were real signs in his side’s 3-0 home win over Stoke that Manchester United are at last growing in confidence.

After a treacherous run of form pre-Christmas things have started to turn around for the Red Devils and they have now been beaten just once in eight games in league and cup.

While still rueing that late defeat to Southampton at Old Trafford, the Dutchman is able to take the positives from United’s recent revival.

Goals from Jesse Lingard, Anthony Martial and skipper Wayne Rooney left Van Gaal pleased with what he labelled “a great performance” against Stoke.

Rooney has now scored in six of United’s last seven games, with his only blank coming in the 1-0 defeat to Southampton last month.

It has been particularly satisfying to see his captain back amongst the goals after Van Gaal stood by Rooney during a barren spell that saw him net only two goals in 13 games earlier this season.

However, it was Martial’s strike that came in for special praise from Van Gaal following the victory against the Potters that kept United five points off Tottenham and Arsenal in third and fourth respectively.

The United boss felt the goal was a genuine reward for the excellent team play in the build-up.

“I’m very happy. You can see the team is scoring the goal and not only the player,” he added.

United are 2.30 to finish in the top four this season while they are 4.00 to win away at Chelsea on Sunday.