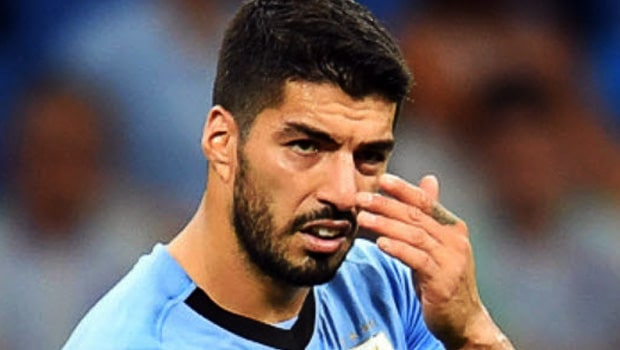 Barcelona and Uruguay’s Luis Suarez will miss Uruguay’s clash with Brazil in the 2022 FIFA World Cup qualifiers after he tested positive for COVID-19.

The Uruguay’s football association made the announcement on Monday and revealed that two other team members, including an official, have tested positive for the virus.

“Tests have been carried out on all the members of the national team, with the result that the players Luis Suarez (and) Rodrigo Munoz and the official, Matias Faral, have tested positive for Covid-19,” the federation said in a statement.

While the statement revealed that all three are “in good health”, they join defender Matias Vina, who tested positive on Saturday after Uruguay’s 3-0 win over Colombia in Barranquilla.

Uruguay will face Brazil in Montevideo on Tuesday, and the Brazilians have their fair share of Covid-19 troubles.

Fortunately for them, Manchester United Defender Alex Telles has been cleared for the game.

The Brazilian Football Confederation (CFB) confirmed that he tested negative on Monday, and he will travel with the team to Uruguay.

Telles had initially tested positive over the weekend before his recent test returned negative.

“After a negative result in his last test, Alex Telles will travel with the squad to Uruguay,” the CBF said in a statement.

Brazil had beaten Bolivia and Peru in the October international break before another 1-0 victory over Venezuela last week to sit at the tip of the South American World Cup qualifiers table with maximum points from 3 games.

Ecuador will host Colombia while Venezuela will welcome Chile. Paraguay and Bolivia will also play while the last game on Tuesday will see Peru face Argentina.

The match between Peru and Argentina will be played in Lima despite the political crisis in Peru.