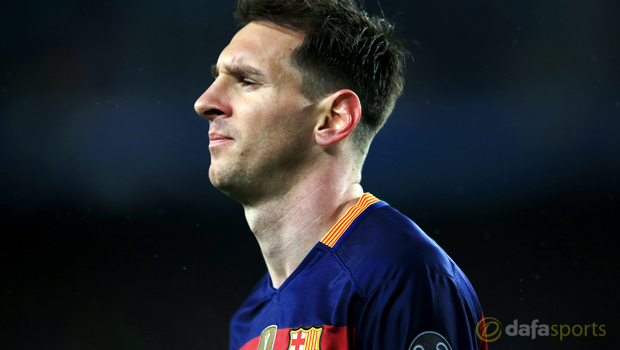 Luis Suarez believes his Barcelona team-mate Lionel Messi will reverse his decision to retire from international football with Argentina.

Messi, 29, announced that he would no longer play with the national team in the wake of their penalty shoot-out defeat to Chile in the Copa America final in New Jersey.

It was the third time in three years that Messi and Argentina had lost a major international final.

In 2014, they lost the World Cup final to Germany in Rio de Janeiro – 1-0 after extra time – while 12 months later hosts Chile also defeated them on penalties in a Copa America showpiece in Santiago.

Suarez believes that Messi’s words stemmed from frustration and the Uruguay international insists there is plenty of time for him to reconsider his future.

“Knowing Leo, for sure he will have said something in a moment of sadness and powerlessness,” Suarez told Tenfield.com.

“It would be a pity for football if he took this decision, but I am sure he will think about it again and change his mind.”

Suarez and Messi, along with Brazil’s Neymar, have formed one of the world’s most lethal attacking trios at Barcelona over the past two seasons.

The former Liverpool frontman says that regardless of what decision Messi reaches on his international future, he is already assured of his status as the world’s greatest player.

“It is a difficult moment. Everyone has the right to make their own decisions. Whatever they say, he will be the best player in the history of football,” Suarez added.

Barcelona are 1.75 to win the La Liga title next season while they are 4.00 to regain the Champions League.