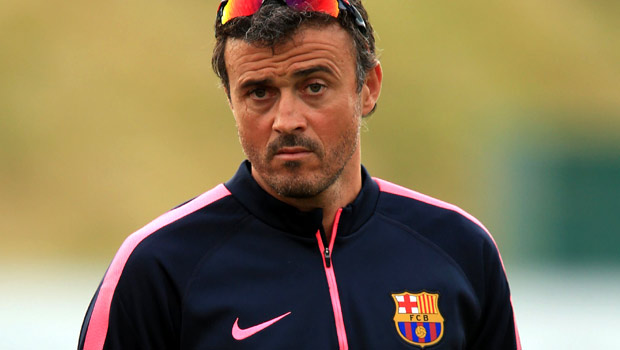 Barcelona manager Luis Enrique is targeting an improved second half to the season as his team bids to reel in La Liga leaders Real Madrid.

In his first season back at the Nou Camp, Enrique admits there is much work to be done and says that, right now, Real Madrid are the better team.

Enrique has the distinction of playing on both sides of Spain’s bitter divide and, having taken over at Barca in May, he is calling for patience.

“We are in a logical process, a normal process. I will be judged when the season ends. We have to improve many things because there is a team that is better than us, as the league table shows,” he said.

The Catalans are 3.50 to overhaul Real and win La Liga this season.


Enrique will have striker Neymar back in action for the visit of third-bottom Cordoba this weekend.

The Brazilian has missed out for the last two games – against Getafe in the league and Huesca in the Copa del Rey – due to an ankle problem but is now ready to return to action.

With Real Madrid fulfilling their duties at the Club World Cup in Morocco, Barca would trim the deficit at the top to a single point as they enter 2015 should they defeat Cordoba, although Carlo Ancelotti’s side would have a game in hand.

Despite the pressure, the Barcelona manager says it has been a dream 12 months after returning to the Nou Camp.

“On a personal level this has been a hell of a year. Firstly with Celta Vigo and now returning back home – it’s like paradise, like Disneyland,” he said.