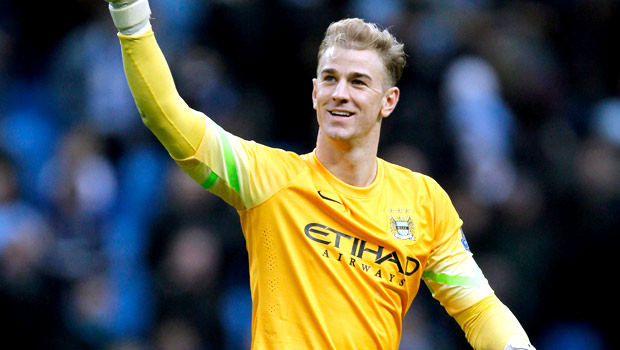 England goalkeeper Joe Hart has committed his long-term future to Manchester City after signing a deal that will keep him at the Etihad Stadium until the end of the 2018/19 season.

Hart told City’s website he had no desire to go anywhere else.

“Wanting to stay here was never going to be an issue for me – I’ve loved every moment since I joined. The club’s growing and I’ve been really lucky to be part of the ride,” he said.

A run of five successive league wins has helped City close in on leaders Chelsea at the top of the table.

Victory over Crystal Palace on Saturday could see the champions go top for the first time this season. Manuel Pellegrini’s team are 3.50 to retain their title.

In Hart’s mind the club are now developing a “winning mentality”. He highlighted the number of players that have committed their futures recently and insists they are maturing as a squad.

“We’re enjoying building that winning mentality, how the club is growing around us and how we need to grow along with it,” added Hart.

Hart has kept six clean sheets in the league this season including ones in City’s two most recent outings as they earned hard-fought 1-0 victories over Everton and Leicester.

“The club’s doing amazing things at the moment, we’ve created history and we want to keep doing that,” Hart said.