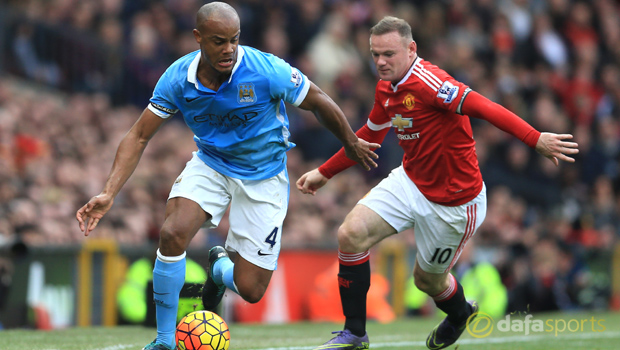 Louis van Gaal endured a frustrating afternoon at Old Trafford as Manchester City stifled his team and left with a scoreless draw that returned them to the top of the Premier League.

The visitors set up to make life hard for United who were unable to test Joe Hart for much of a cagey contest. Substitute Jesse Lingard almost won the game for Van Gaal’s team late on, but his deft lob came back off the crossbar.

The United boss feels his side are not getting a rub of the green this season, while the Dutchman also stated he is “sick” of having to answer constant questions about the form of skipper Wayne Rooney.

Van Gaal also felt his team could have had a penalty if referee Mark Clattenburg had a better view of a potential foul by Raheem Sterling on Ander Herrera.

Van Gaal credited City for the way in which they set up to deny United attacking space, admitting they were perfectly entitled to do so. However, he was frustrated that his players did not heed his advice to test Hart from long range in the face of a compact City formation.

“I cannot complain, I am only disappointed. We did not have the luck,” he said.

Van Gaal took exception to a question about Rooney during his post-game press conference.

“I have to talk every week about Rooney, why?” the Dutchman added. “You have your opinion – write it. I don’t give any more answers about Wayne Rooney. I am sick of them.”

Manchester United are 7.00 to win the Premier League title this season and the Red Devils are 1.13 to finish in the top four again.