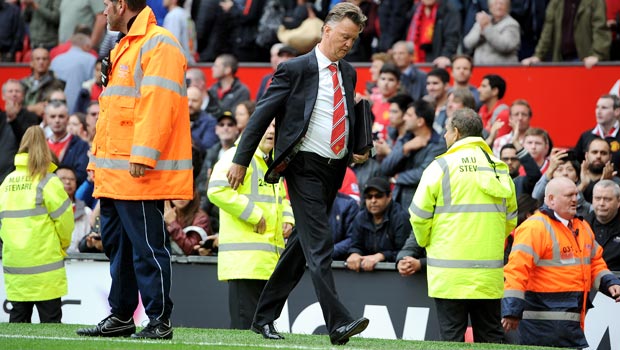 Manchester United manager Louis van Gaal claims the confidence of his team has been “smashed” by the 2-1 defeat to Swansea on Saturday.

After a disappointing campaign last time out under David Moyes, there was fresh optimism among the fans with the arrival of the former Holland boss this summer. The experience and pedigree of van Gaal looked to be having the desired effect in pre-season, with the Red Devils picking up six wins to instil some much-needed confidence.

However, United were unable to get their Premier League campaign off to a winning start and suffered an opening day defeat at Old Trafford to a side they beat convincingly just 12 months ago.

Goals from Ki Sung-yueng and Gylfi Sigurdsson were enough to give Swansea victory, while newly-appointed United captain Wayne Rooney grabbed the only goal for the Red Devils.

The performance highlighted the fact that United are in desperate need of reinforcements before the window shuts, with Ander Herrera the only new signing in the starting line-up.

Van Gaal’s side were already seen as big outsiders for the title before the season started and he admits the opening day defeat was the worst possible start for the team.

“When you have preparation, win everything, then lose your first match, it cannot be worse. We have built up a lot of confidence. It will be smashed because of this,” he said.

“Yes, I need new faces but I thought that before this match anyway. When we were playing in the United States I thought the same. I know the positions where we need better players.”