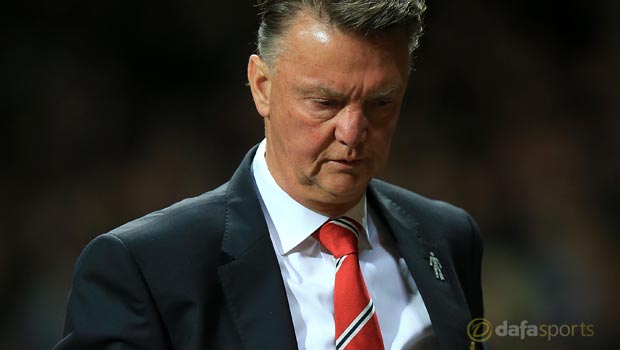 His Red Devils outfit would return to the top of the table should they defeat Arsenal at the Emirates on Sunday afternoon and the Dutchman says a win against Arsene Wenger’s team would instil more belief in his squad that they have what it takes to go all the way.

Manchester United were knocked off top spot by neighbours City, who defeated Newcastle 6-1 on Saturday, but van Gaal says there is now genuine confidence within the camp that they are title contenders.

“You have to believe always in this,” the 64-year-old said. “I think the balance in our selection is much better than last year, and last year we also had the chance.

“So I believe in that, and the most important thing is not only my belief but that the players are believing in that.

“If we win against Arsenal, the belief shall raise a lot I think.”

Man United have been beaten just once in seven Premier League games this season while van Gaal’s side, along with Spurs, share the meanest defence in the league going into their clash with Arsenal.

The Gunners have just one win from four games in front of their own fans this season, having suffered a disappointing midweek Champions League loss to Olympiacos.

Van Gaal has, however, paid tribute to his opposite number in the dugout, insisting the Arsenal manager has done a fantastic job in his 19 years in charge of the North London outfit.

“I think he is doing great work. When you can, like Sir Alex Ferguson, stay at a club for such a long time, you have to be very good otherwise you shall not succeed.

“So I think Arsene Wenger is one of the best coaches of this world,”
van Gaal said.