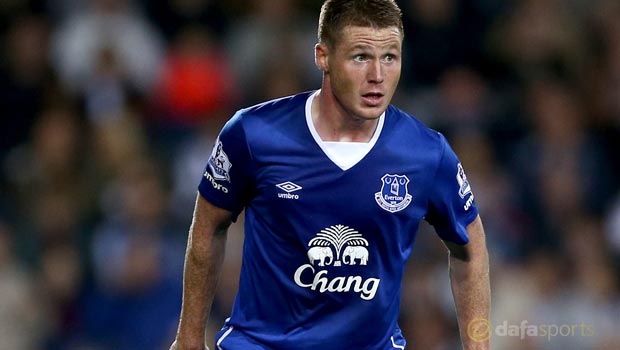 Everton midfielder James McCarthy is tipping the Blues’ youthful defence to cope with the intense atmosphere of a Merseyside derby if required.

The trio have just 17 minutes of Merseyside derby experience between them, but Republic of Ireland international McCarthy does not expect that to faze them.

“They (Galloway, Browning and Mori) have come in and been brilliant.
They have done really well since they have come into the team and deserve to be playing.

“It’s a derby but they will be ready – we might have players back, we will wait and see – but we have a good squad and the boys who have come in have done really well.”

Roberto Martinez will wait until the last minute before making a decision on whether or not John Stones or Seamus Coleman are fit enough to come back into the team to face Brendan Rodgers’ side.

Everton have been beaten only once in seven Premier League games this season, with two wins in their last four, including a stirring fightback against West Brom on Monday.

McCarthy says they are growing in confidence and he claims nothing less than three points will satisfy the home team today.

Everton have not won any of the last six clashes with Liverpool.

“The last few weeks we have got a bit of consistency going, we’ve been to some tough places and got good results as we have a real desire in the squad to do well this season.

“We are at home and we want to take maximum points,” he added.