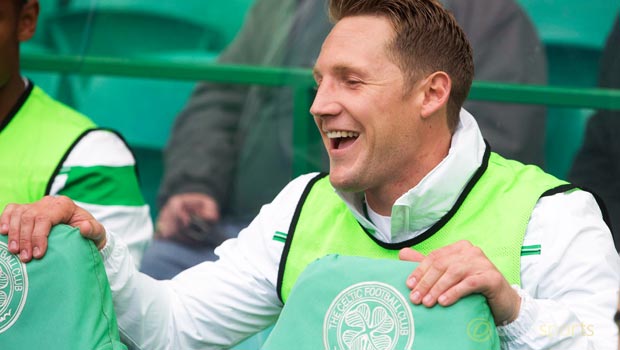 Kris Commons is relieved to be getting a run in the Celtic team after an injury interrupted pre-season.

Commons has not always been a first choice under manager Ronny Deila but he has forced his way into the side and is now flourishing.

Commons lashed in Celtic’s second goal in the Europa League draw with Fenerbahce on Thursday and will hope to be involved again as the Hoops visit Hamilton on Sunday.

Despite his good form, Commons says it is important to keep performing well with the likes of January signings Gary Mackay-Steven and Stuart Armstrong desperate to get back into the team.

“Earlier on in the season, and especially towards the end of last season, Gary Mackay-Steven and Stuart Armstrong were the preferred guys so they’re itching to get back on, and that keeps the likes of me and James Forrest on our toes.

Commons suffered a broken toe in pre-season and was forced to contain himself to gym work while his teammates got up to speed.

He says there is no substitute for game time when it comes to reaching peak fitness.

“Training sessions are good but you get your fitness from these sorts of games and to complete another 90 minutes on Thursday night and still feel pretty good just shows me where I am at the minute,” said Commons.

Victory over Hamilton at New Douglas Park would see the Scottish champions close to within a point of league leaders Aberdeen, who were beaten 5-1 by St Johnstone on Saturday.