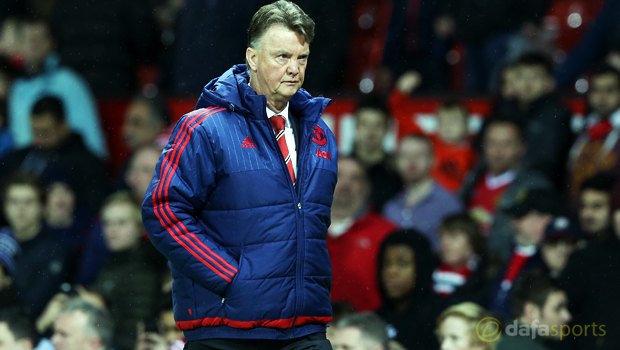 Manchester United boss Louis van Gaal admits he is struggling to live up to the expectations of the club’s supporters.

The Red Devils are currently fifth in the Premier League standings, five points behind fourth-placed Tottenham, with 15 league matches to play this season.

United were defeated 1-0 at home by Southampton on Saturday, meaning they have only scored 28 league goals in 23 matches this campaign, and it was also the eighth time they have drawn a blank in the top flight during that time.

The Dutchman admits that he is frustrated that he has not been able to live up to the expectations of the fans this season after United also exited the Champions League at the group stage.

He said: “I’m very disappointed that I cannot reach the expectations of the fans. They have – or they had – great expectations of me, and I cannot fulfil them, so I am very frustrated because of that.”

United have failed to score in four of their last seven league games at Old Trafford, but the 64-year-old, who has spent in excess of £250million in the transfer market since his arrival in Manchester, insists that he has not been wasteful when purchasing players.

He added: “We have also sold a lot of players. I never read that. You know when Manchester United is coming, we have to pay much more than another club, so that’s also an analysis, and it is not rubbish what I am saying.”

The Red Devils will be hoping they can rediscover the winning touch when they take on Championship high-flyers Derby in the FA Cup on Friday.