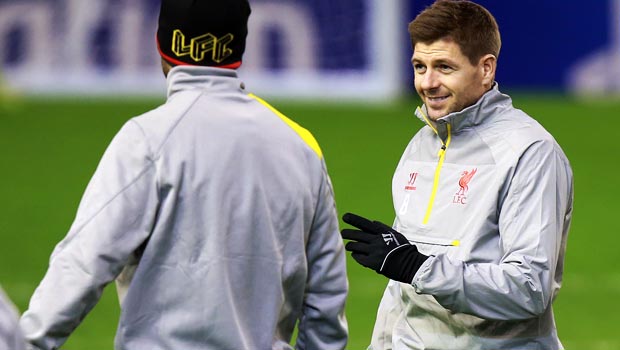 Kolo Toure has backed captain Steven Gerrard to be the hero for Liverpool when they face Basel in their crucial Champions League clash on Tuesday night.

After years as a regular, Gerrard has found himself dropped to the bench in recent weeks following a poor start to the campaign and he could not make an impact when he appeared as a substitute in Saturday’s draw with Sunderland.

Throughout his career, the skipper has often been the hero for the Merseysiders, perhaps most famously scoring in the last minute against Olympiakos to see them through the knockout stages on their way to winning the Champions League back in 2005.

Liverpool go into the game knowing only a victory will do if they want to make it into the last 16 this time around, with the Reds 1.55 to make it out of Group B, with the Swiss outfit 2.15.

Toure is confident his side will progress and, despite the 34-year-old Gerrard’s indifferent current form, he has backed his captain to produce another famous performance.

“The game against Basel is made for Steven Gerrard, of course – he is a man of great days,” he said.

“He makes a difference, if I can say he makes the magic when nobody can make it, that’s why he is one of the best players in the world.

“For me, I am really happy to have him as a captain first, and as a mate, because he is a great, great player.”