Posted by Marlon William on December 9, 2014 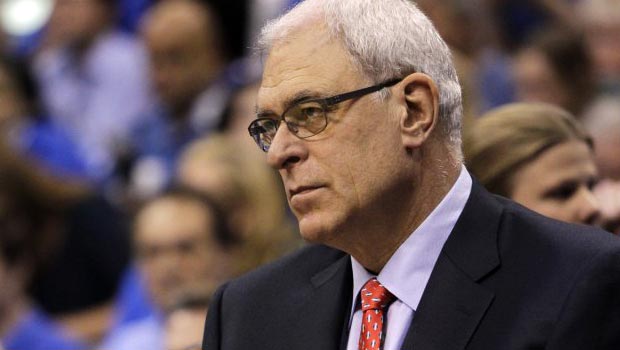 New York Knicks team president Phil Jackson admits he is concerned by what he perceives as a “loser’s mentality” at Madison Square Garden.

Jackson, who won 11 NBA Championship titles as a coach with Chicago Bulls and the Los Angeles Lakers, pulled no punches on Monday after the Knicks had slumped to an eighth successive loss.

The Knicks have won just four games all season and Jackson has indicated he feels the players are resisting the changes implemented by himself and coach Derek Fisher.

“Yeah, obviously we are disappointed at 4-18,” Jackson told reporters at the Knicks’ practice site.

“We have a loser’s mentality because we’re not finishing games.”

He added: “Hopefully they’re getting to be more compliant. There’s some resistance to discipline and order and culture change and things like that. I will call it a crucible for what we’re going through here.”

The Knicks embark on a three-game road trip on Tuesday as they take on the New Orleans Pelicans, before games against defending champions San Antonio Spurs and the Boston Celtics.

The Knicks have shown signs of improvement in recent games and lost by three points against title hopefuls Cleveland Cavaliers on Friday, with just one point the difference against Charlotte Hornets on Saturday before a four point defeat at home to Portland Trail Blazers.

However, the Pelicans have an impressive record against Eastern Conference teams at home with a record of 13-3 in their last 16 games.