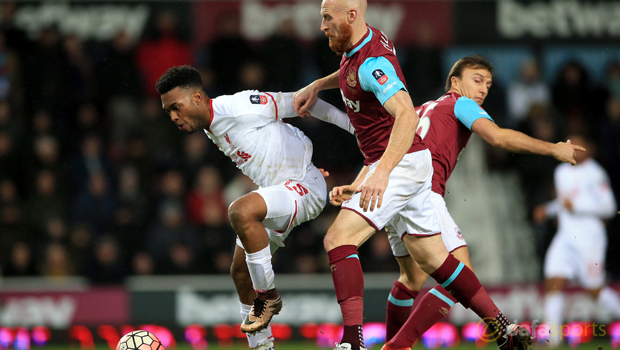 Liverpool striker Daniel Sturridge hopes he and Arsenal’s Danny Welbeck can make England’s Euro 2016 squad after both netted for their respective clubs on Sunday.

Sturridge made his first Premier League start since Jurgen Klopp took over as Reds manager last October in Sunday’s 6-0 demolition of Aston Villa and got his name on the scoresheet, heading home his fifth goal of the season in the first half.

The 26-year-old played an hour of the rout at Villa Park before being withdrawn as Liverpool continue to use the striker sparingly given his recent run of injuries.

Having spent much of the season on the sidelines, Sturridge is eager to get a run of games under his belt as he aims to prove himself worthy of selection for England’s Euro 2016 campaign this summer.

With Leicester star Jamie Vardy and Tottenham hitman Harry Kane making up the top two in the Premier League’s goalscoring charts, and Wayne Rooney England’s captain, the fight between the Three Lions’ strikers for a place on the plane to France looks like being fierce.

Sturridge is determined to keep his name in the mix, while he also feels it would be foolish to discount Welbeck from making the squad for this summer’s tournament.

The 25-year-old netted six times in during England’s Euro 2016 qualification campaign before picking up a serious knee injury.

Welbeck made his long-awaited return to action on Sunday and marked his comeback with the last-gasp winner in Arsenal’s 2-1 triumph over Leicester.

Sturridge believes that together they can fire England to glory and hopes coach Roy Hodgson does not overlook them when selecting his travelling party.

“Hopefully we will be there in the summer and we can help the country have some success,” Sturridge said.

“It’s great to score but it’s more important that the team wins the game.”