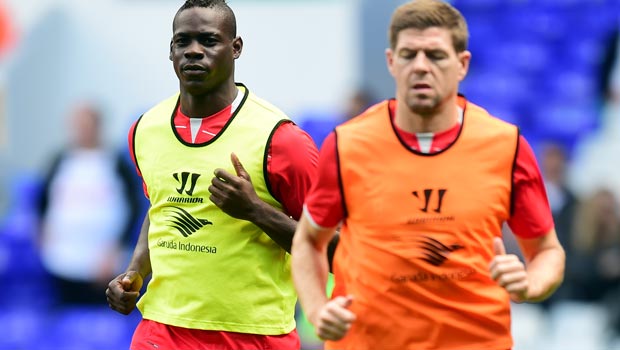 Liverpool skipper Steven Gerrard believes Mario Balotelli has all the attributes to be a star at Anfield, but only if his attitude is right.

The Italy international is set to make his debut this weekend against Tottenham having completed a £16million move from AC Milan on Monday.

Questions have been asked about whether Reds boss Brendan Rodgers can handle the eccentric striker, who has had his fair share of problems on and off the field at every club he has played for so far.

Gerrard admits adjustments will need to be made at Liverpool to cope with the 24-year-old’s big personality but believes given the right environment the former Manchester City man can be a huge success on Merseyside.

“The support is waiting to get behind him and push him and it’s all about whether he wants it or not. I believe he’s capable,” Gerrard told Sky Sports News.

“We know what type of character he is and that needs a bit of support, but he belongs to us now so it’s up to me, the players and the staff to look after him and make sure we give him a platform to perform.

“We’ve not had too much of his character yet – only a few minor changes in the dressing room, like the music changing and a few little alterations we’ve had to make. But we’re fine (with the way he is).

“I’m looking forward to seeing what reaction he gets from the Liverpool supporters because, for me, they’re the best in the world.”

Gerrard will hope Balotelli can have an immediate impact on the Liverpool team by helping them bounce back from defeat to Manchester City at Tottenham on Sunday.