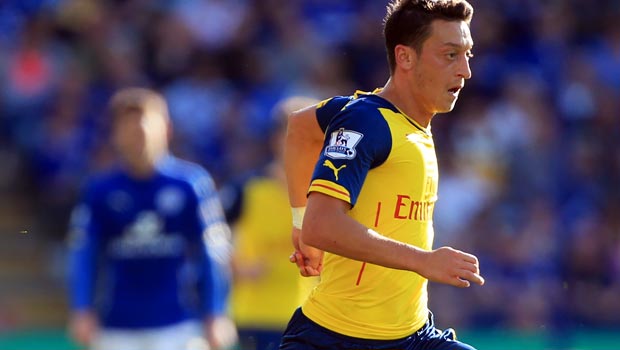 Mesut Ozil believes criticism of his performances for Arsenal stem from him playing out wide and claims he would do much better centrally.

The Germany international caused a huge stir when he became the Gunners’ record signing 12 months ago, making a £42million switch from Real Madrid to the Emirates Stadium.

While the 25-year-old’s initial performances were good, Ozil’s form appeared to tail off in the second half of the year.

The playmaker also failed to shine at the World Cup, despite Germany winning the tournament, and has once again been earmarked for criticism on his return to Arsenal.

Ozil has now hit back and says the expectations on him to perform are so high, and therefore tough to match, because he is “one of the best numbers 10s in the world”.

“I’m one of the best players in the world in that number 10 position. Fans, coaches, players and everyone knows that my best position is playmaker. It’s different playing on the left.

“When I was in Madrid, I often played on the right. I enjoyed that because I’m left-footed and I was able to cut inside to give assists and get shots on target. On the left, it’s more difficult.”

Ozil, who helped Arsenal end their trophy drought with victory in the FA Cup final last season, says his aim this term is to guide the Gunners to win more silverware.

The German says it is not beyond the current squad to win the Premier League, while a good run in the Champions League is also a possibility.

“Of course Arsenal can win the Premier League. We also want to show that we can play better in the Champions League. We have the potential to reach the final,” he added.