Posted by OLADIPUPO MOJEED on August 7, 2020 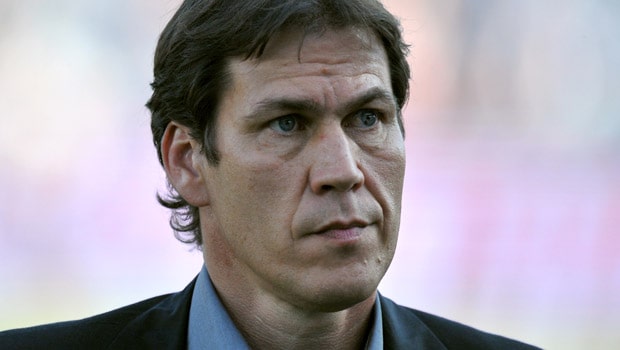 Lyon coach, Rudi Garcia has said the Serie A winners, Juventus have the advantage ahead of the return leg of their Champions game.

According to the former AS Roma boss, the Bianconerri has the edge over his team due to match fitness.

Lyon had won the first leg of the encounter in France 1-0. All Juve need to scale through is to score two unreplied goals, at least in Turin.

Speaking ay a press conference ahead of the weekend clash, Garcia said the usual occasion is that the team that won the first leg usually have a better chance of qualifying, but it is a different scenario this time around due to the strength of the opponent.

Garcia said they have a 50-50 chance to qualify ahead of Juve because they have the pedigree and experience at the top stage.

Although they are not as solid defensively as they were in previous years, Garcia said they might take advantage of that by making use of their chances. He added that scoring a goal in Turin will make things easier for them.

Speaking on the likely absence of Paulo Dybala, who is suffering muscular problem, Garcia, who noted that Cristiano Ronaldo would lead the trident attack, pointed out that the team isn’t just about the Portuguese superstar and the Argentine who recently in the Most Valuable Player Award of the league.

While noting that they have many star players in their squad, he said his team remains humble and ambitious, with the aim of qualifying for the next stage.

Since the Ligue 1 was suspended due to the lockdown that began in March, Lyon has only played one competitive game. The last time they were in action was against PSG in the Coupe de la Ligue final on July 31, which they lost.

He added that due to the hosts’ constant games, they would have match fitness than his lads. He also added that since they won the league with two games left, they were able to rest some players who had almost a week rest.

He, therefore, said that his side is at a disadvantage due to lack of match fitness. But he said they showed promise in the Coupe de la Ligue final by holding PSG to a goalless before losing on penalties.