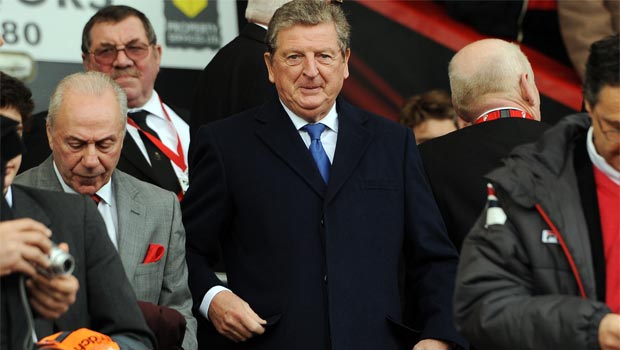 England boss Roy Hodgson declared he was “satisfied” with their qualifying group for the 2016 European Championships in France and “happy” at the prospect of facing former side Switzerland.

The Three Lions were drawn as the top seed in Group E and will also face Slovenia, Estonia, Lithuania and San Marino in addition to the Swiss who Hodgson guided to the 1994 World Cup in the USA.

It will be the first time England and Lithuania go head-to-head in a competitive encounter, while they comfortably defeated Estonia 3-0 home and away in 2007.

San Marino were the whipping boys of the 2014 World Cup qualification group which England progressed through to reach Brazil this summer, while Fabio Capello’s side defeated Slovenia during an otherwise turgid 2010 World Cup campaign in South Africa.

The Swiss will be arguably the toughest opponent and they will recall holding England to a 2-2 draw at Wembley in qualifying for Euro 2012.

However, Hodgson said: “I’m very satisfied. I must say the name of Switzerland always brings a smile to my face. They were four fantastic years.

“It’s a team we know reasonably well so I was happy with that one.”

Hodgson’s only reservation is that UEFA plan to spread games in international breaks from Thursday until Tuesday and he fears he will not have enough time to prepare given that some of his players will be coming from Premier League teams possibly playing on a Sunday afternoon.

He told Sky Sports News: “I feel that in our preparations we’ll have to deal with top (club) matches on Super Sunday with your channel, which means we wouldn’t really get the players to do any real work with them before the Tuesday, and if we were playing on the Thursday it would make our preparations very difficult.”

England are 3.10 to win Group A at this summer’s World Cup in Brazil while Hodgson’s men are 1.55 to qualify from the group.