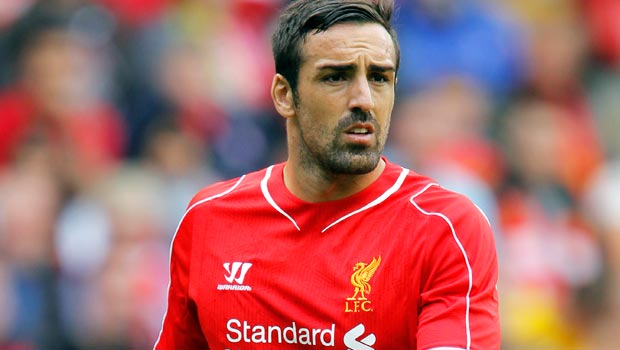 Liverpool defender Jose Enrique says the Reds are fully focused on getting their Champions League campaign back on track with victory over Real Madrid in their next outing.

The Merseyside outfit have made an inauspicious return to Europe’s top club competition this term, struggling past group minnows Ludogorets at home before losing in Switzerland to Basel last time out.

Liverpool now face back-to-back games with reigning European champions Real Madrid knowing that they must pick up some positive results if they are to reach the knockout stages.

The last time the two giants met the Reds took Real apart at Anfield, running out 4-0 winners in 2009 under the guidance of Rafael Benitez.

Los Blancos have improved since then and, after a slow start, have been blowing teams away of late, with Cristiano Ronaldo in scintillating form in front of goal.

Enrique acknowledges Liverpool face two very difficult matches but says there is no reason why they cannot pick up three points against Real, especially in the first meeting at home.

“We have two games now against Real Madrid and they’re going to be difficult. But in football anyone can beat anyone,” he said.

“We play at Anfield first and we will try to make it as good as it was last year and try to beat Real.

“Then we will try to get to the next round. That’s still our target and we want to be there.”

Liverpool are 3.68 to defeat Real on October 22 with Real, who have won both of their matches in the Champions League so far, priced at 1.90 to deepen the Reds’ European gloom.