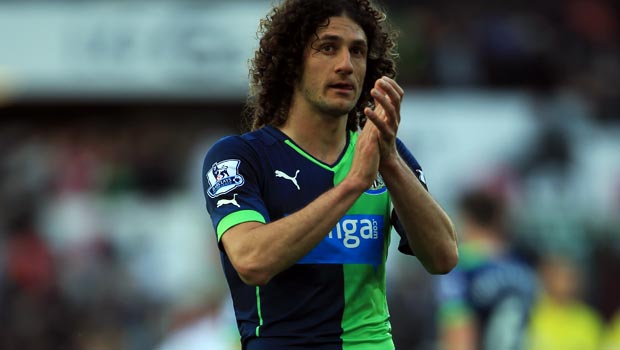 The Magpies have made a dreadful start to the campaign and are currently in the bottom three after failing to win any of their first seven matches.

Newcastle struggled towards the back end of last season and their failure to start the current campaign strongly has resulted in Pardew coming under plenty of pressure.

The Toon faithful have made it clear they want to see the 53-year-old leave but Pardew is reported to still have the support of club owner Mike Ashley.

The Premier League’s second longest serving manager is expected to be in charge after the players return from the international break when Newcastle host Leicester.

The clash with the Foxes is followed by a tough run of games for the Toon, with back-to-back league games against Tottenham and Liverpool to come.

Despite their poor start, and ahead of a series of tricky matches, Coloccini has come out in support of Pardew.

The Argentine defender feels Pardew can drag Newcastle out of their current troubles and hopes it won’t be long before they are climbing the Premier League ladder.

“We have to improve and look forward,” Coloccini told the Gazette. “It’s a difficult time for us. But we have confidence in this group and the manager.
“We have a tight group and we’re staying positive.”

Newcastle are currently 4.00 to be relegated at the end of the season, with QPR and Burnley, who currently join them in the bottom three, priced at 1.65 and 1.35 respectively.