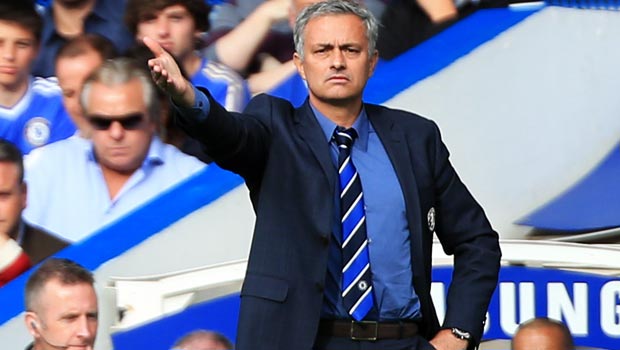 Chelsea boss Jose Mourinho claims his squad can cope with any style of play they encounter and has praised his squad’s current strength in depth.

The Portuguese coach was left frustrated on his return to Stamford Bridge last season as his side missed out on the Premier League title to Manchester City.

Mourinho made it clear that had he had better attacking options his team could have won a third league crown under his guidance, openly criticising the likes of Fernando Torres and Sameul Eto’o.

The former Real Madrid and Inter Milan manager can have no such complaints this term though, having brought in Diego Costa during the summer.

The Spaniard has already bagged nine league goals in seven matches to help Chelsea establish a five point lead at the top of the standings going into the international break.

Mourinho has also added to his options in midfield and at the back, and has now revealed his delight at how strong his squad is this season.

“What the game gives us, we can cope with. We are not the kind of team that play only the same way, think the same things. We can play in a different way and adapt to different situations,” Mourinho told the Daily Mirror.

“People on the bench are also coming on strong, the way they are playing, the way they react. [John Obi] Mikel comes on and gives stability to the team. I think we’re in a good moment.”

After winning six of their first seven games in the Premier League, Chelsea are now priced at 1.50 to be crowned English champions this season. Manchester City, who are second in the standings, are 3.70 to defend their title.