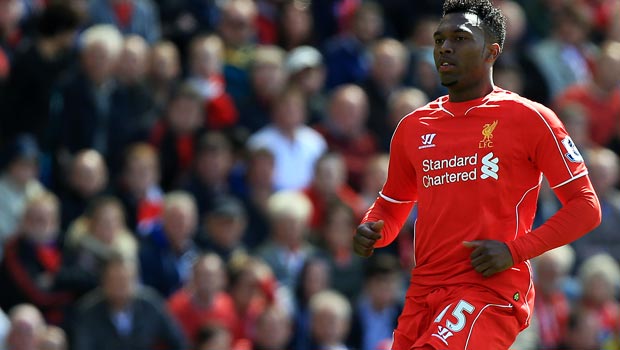 Liverpool and England striker Daniel Sturridge could face another long spell on the sidelines after injuring himself during training on Monday.

The 25-year-old is believed to have aggravated a thigh problem but the extent to the injury remains unclear.

Liverpool will run tests on the player and hope to discover the damage before the weekend.

It comes as another blow to Sturridge, who has not played for his club since August.

The striker injured himself while on England duty in September when training 48 hours after a friendly victory over Norway.

“That’s really bad news,” he said. “The only positive with that is we (England) don’t play again until March.
“But that’s a massive blow for Liverpool.”

Liverpool boss Brendan Rodgers, who criticised England’s handling of Sturridge when he first became injured, had hoped the player would be fit for the Premier League clash with Crystal Palace on Sunday.

But it now looks like the striker must continue to watch from the sidelines with the Reds desperate for his return.

Sturridge scored 21 goals in 2013-14 and his team have managed to win just two of their eight games in his absence this season.

Liverpool are 11th in the table going into this weekend’s football but are heavy favourites to beat Crystal Palace at Selhurst Park.

The Reds are 1.86 to claim all three points in south London while Palace are 4.38.