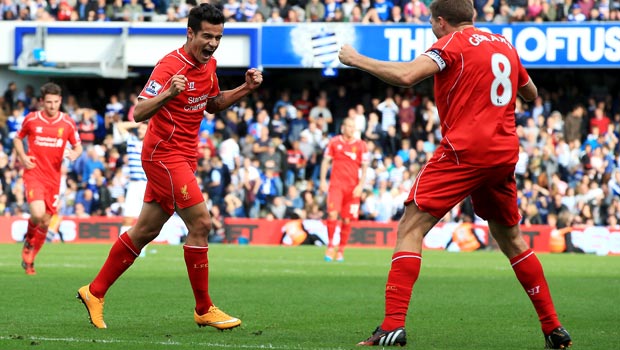 QPR slipped to their third straight defeat as Liverpool rallied late to snatch a 3-2 win at Loftus Road.

A surprise to many, the R’s had been dominant for most of the game, but consistently failed to take the chances they created.

However, it was the Reds who took the lead on 67 minutes after Richard Dunne diverted the ball past Alex McCarthy and into his own net, the former Republic of Ireland international’s 10th Premier League own goal.

Philippe Coutinho then put the visitors ahead once more, after cutting inside from the left hand side, and rifling a low drive into the bottom right hand corner of the net.

With barely seconds left on the clock, England star Raheem Sterling burst forward down the left hand side leaving ‘tiredgate’ and Dunne behind him, before crossing the ball towards Mario Balotelli, which Steven Caulker somewhat misfortunately toe-poked into his own net.

After the game, Liverpool boss Brendan Rodgers said his side were fortunate in their victory: “They certainly didn’t deserve to lose, QPR. We were very, very lucky to get the win. We showed tremendous character and were a little bit better in the second half, but QPR definitely deserved something.

“Overall we were fortunate, but it’s a long season and you’re going to not play well in games. You hope to get points and today we got three points, but QPR were unfortunate.”

Liverpool are 4.01 to win their next match, a midweek clash with Real Madrid in the Champions League, and 1.39 favourites to triumph over Hull City next weekend.