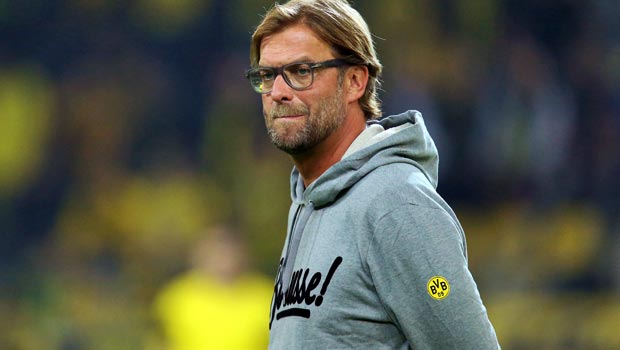 Borussia Dortmund manager Jurgen Klopp has blasted his team for playing “pointless” football following their defeat to Cologne at the weekend.

Last season’s Bundesliga runners-up fell to a 2-1 defeat at the newly-promoted side, their third straight league defeat.

The eight-time German champions have fallen to fifth from bottom in the table following recent defeats to Hamburg and Schalke.

Klopp said: “We played a kind of football which is absolutely pointless.

“We’ve got to face the music again.”

Despite welcoming back star players, including Ilkay Gundogan from a 17 month lay-off through a back injury, as well as Marco Reus, Dortmund failed to win a match for the sixth time this season from only eight games played.

“We misplaced many passes in the first half and made simple mistakes,” said Klopp. “They can be explained in a host of ways, but still should not be happening.

Dortmund return to Champions League action this week, and the 2013 finalists face a trip to Turkish giants Galatasary on Wednesday night.

Klopp’s side currently top Group D after two successive wins, and are 1.81 to win the clash at the Turk Telekom Arena.

Their next Bundesliga outing comes at home to Hannover, who lie 10th in the table.