Lionel Messi back for Albiceleste 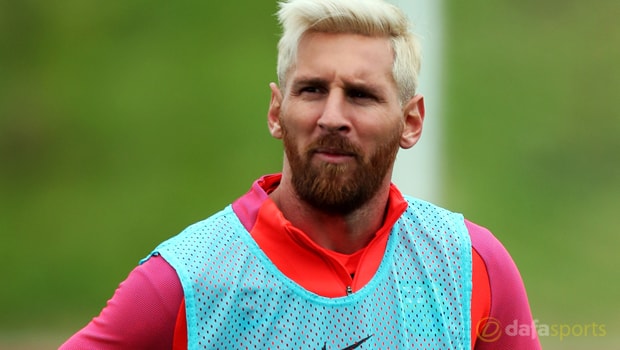 Lionel Messi has returned to the Argentina squad for their upcoming 2018 World Cup qualifiers with Brazil and Colombia.

The Barcelona maestro, who came out of his short-lived international retirement for his country’s September internationals, missed their most recent batch of fixtures due to a groin problem.

La Albiceleste struggled in his absence, collecting just a solitary point from their games against Peru and Paraguay, and coach Edgardo Bauza has wasted little time in bringing the 29-year-old back into the fold.

Bauza has made four changes to his squad, with Manchester United’s Marcos Rojo arguably the most notable absentee, although United team-mate Sergio Romero, Everton’s Ramiro Funes Mori and Manchester City duo Pablo Zabaleta and Sergio Aguero have all been included.

Argentina currently sit precariously in fifth in the in the CONMEBOL table and wins over Brazil and Colombia would more than help their qualification chances, with both sides above them in the standings.

They will be pleased to see Messi back in the squad, having won all three of the of the qualifiers he has been involved in, while they have managed just one victory in the seven he has been unavailable for.

Both games are sure to have an impact on their bid for a spot at the 2018 World Cup in Russia where they will be aiming to go one better than their final defeat to Germany two years ago in Brazil.

Argentina are 8.00 to win the global showpiece, with holders Germany the 6.00 favourites and Brazil priced at 9.00.