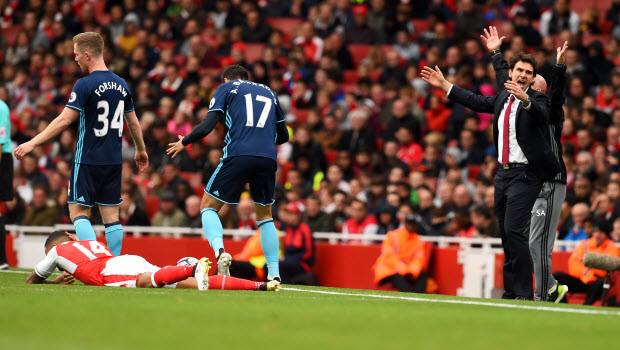 Middlesbrough coach Aitor Karanka is adamant that his team deserved to win their clash with Arsenal on Saturday, which eventually finished 0-0 at the Emirates.

Boro, 3.50 to be relegated from the Premier League this season, went into the game on the back of a disappointing 1-0 defeat to Watford.

Middlesbrough last won a game in the league in August, but Karanka’s men showed plenty of confidence when they took on the Gunners.

They had a number of chances to take the lead against Arsene Wenger’s side but they could not find a way past goalkeeper Petr Cech.

Speaking after the game, Karanka was quick to praise his players for their effort and he admitted they deserved more from the contest.

He told Sky Sports: “I think we should have won the game, but after games like today I don’t have anything to say other than how proud I am of my players.

“After defeat by Watford, the week has been tough for us, but we’ve shown to everybody that when we compete, when we are strong and organised, we can compete against any team.

“I said always, and the players know, we have a plan, and we had the same plan last season. The critics will arrive, it’s normal if a team is not winning.

We have a clear plan as a club and a team and staff.”