Posted by Olumide Akinnifesi on September 17, 2019 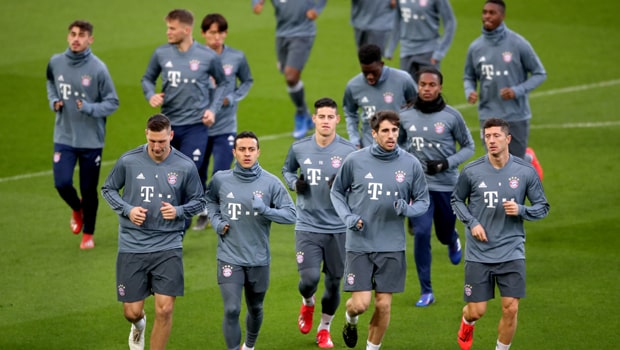 The Bavarian players were unhappy with themselves after the match with RB Leipzig on Saturday. The felt they should have given more to take the three points.

After Robert Lewandowski opened the scoring in the 3rd minute, it looked as if Bayern Munich was on course to claim a much-needed win away at Leipzig.

They dominated the match for large portions of the first half, and Emil Forsberg’s penalty just before the half time whistle changed things after Lucas Hernandez brought down Yussuf Poulsen in the box.

Leipzig coach Julian Nagelsmann made some crucial changes at half time, and they look much more dangerous. But some of the Bayern players were still frustrated after the match to have picked up only one point at the Red Bull Arena.

Overall, they felt they were still the better side and were disappointed at their collective failure to respond to the adjustment made by the opposition coach Nagelsmann.

Thomas Müller, who assisted Lewandowski’s goal with an excellent through ball, was particularly angry and frustrated to concede a goal just before the half time mark, referring to the penalty as “a gift.”

He said, “after the first half, it should never have been 1-1 at half time. We were so dominant; the opponent had almost no scoring chances. We have to blame ourselves for gifting Leipzig the 1-1 with a bow on top”.

Captain Manuel Neúer, who was arguably Bayern’s top performer in light of the crucial saves he made, also expressed his disappointment with the draw and said that Bayern failed to react appropriately to Nagelsmann’s tactical changes.

He said; “for me personally, we played the best game in the first half since I have been here. Then we had problems. It became a slugfest. All in all, I’m not satisfied with one point”.

As often as the case was last season, especially after Bayern’s demanding spell from mid-late fall, questions are being asked about Niko Kovač.

After the Leipzig match, Muller was pressed with a question about Kovac’s status. He simply replied: “please don’t start a fire.”

Presumably, along with his teammates, Muller has no interest in Kovac’s situation with the club.

Bayern Munich will face SC Paderborn in their next fixture. The match is priced at 1.84 to finish with over 4 goals, while a possible result of under 4 goals is available at 2.06.