Tuchel to make decision on Verratti’s Injury ahead of Madrid

Posted by Olumide Akinnifesi on November 25, 2019 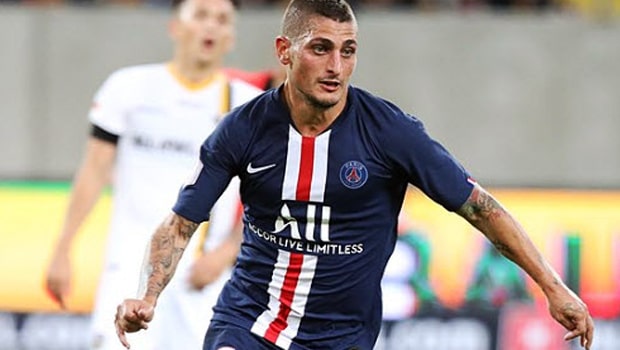 Before clubs went on an international break, the Italy international suffered a knee injury and was substituted at the 80th minute against Stade Brestois. On the 16th of November, Verratti’s international performance hasn’t taken a new turn in time for consideration in a place in the squad to face OSC Lille at the Parc des Princes.

The medical reports released by the Club’s medical team revealed that Verratti was still undergoing treatment in his right knee.

PSG ran out winners over Lille as Angel Di Maria, and Mauro Icardi sealed the victory for the Parisiens. But with an away match at the horizon against Real Madrid next week Tuesday in the Champions League, Verratti’s injury status is very much in Tuchel’s mind.

Reports revealed on Saturday that it’s not certain maybe or not; Verratti will be available to face Spanish giants Real Madrid next week. Further reports stated that Verratti trained with the rest of the squad on Saturday, and a decision would be made on Sunday if he will be fit in time to face Madrid.

Even If Verratti eventually manages to play, he will have little or no impact on the team since he is not fully fit yet. Tuchel could finally opt to play Mbappe, Icardi, Cavani, Di Maria at the same time with Neymar playing in the no.10 role. As they say, the manager knows best, and he will find out the perfect players to execute the formation suitable for the Madrid game. Also, Tuchel has to experiment to see what happens when he harnesses the talents of his star-studded side.

PSG makes the trip to Spain to face Real Madrid at the Santiago Bernabeu in a bid to qualify for the knockout phase.