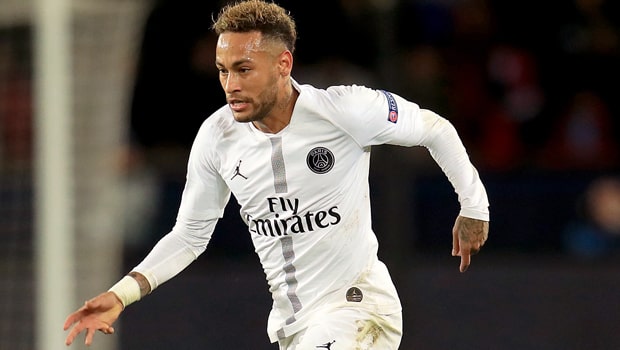 Paris Saint-Germain boss Thomas Tuchel does not feel Neymar will be sidelined for long and the Brazil star could even return against Montpellier this weekend.

The former Barcelona star was forced off with a groin injury after 57 minutes of PSG’s 2-2 draw with Bordeaux in Ligue 1 on Sunday, a result that brought the Parisians’ perfect start to the domestic campaign to an end.

The injury is believed to be similar to the one that Neymar picked up while on international duty with Brazil last month and Tuchel has confirmed the 26-year-old will miss Wednesday’s trip to Strasbourg as a result, although that may well be the only game he is sidelined for.

“I didn’t see ‘Ney’, but it’s more or less the same thing he had with his national team a couple of weeks ago,” Tuchel told reporters.

“We spoke with ‘Ney’, all the physios, and they all told me, ‘No, no, there’s nothing serious’, but unfortunately he is still in pain now.

“What I think is that he got out at the right time, he didn’t push it too hard. He will rest against Strasbourg on Wednesday and will be ready for Montpellier next weekend.”

Sunday’s draw may have ended PSG’s perfect start in Ligue 1, but they remain 14 points clear at the top of the standings and they will fancy their chances of returning to winning ways against Strasbourg, even if they are without the services of Neymar.

It would be foolish for PSG to underestimate Strasbourg, however, as Le Racing inflicted one of only three league defeats on the Parisians last season.

Thierry Laurey’s side are priced at 8.50 to cause another shock this time round, while PSG are available at 1.33 and the draw is on offer at 5.50.