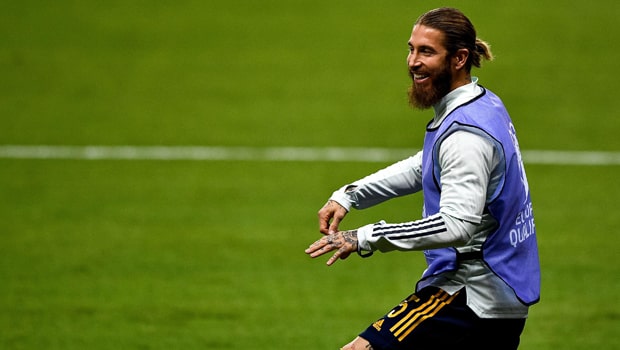 Ligue 1 giants Paris Saint-Germain have confirmed the addition of Spain and Real Madrid legend Sergio Ramos to their squad ahead of the new season.

Ramos, a World cup and European champion joined PSG on a free transfer after running down his contract with Real Madrid and then signed a two-year deal with the Parc De Princes side.

“For me, it’s a privilege to wear the number four shirt of this great team, Paris Saint-Germain,” Ramos said.

However, the player held for a two-year deal which never came until the final weeks of his contract with the club he joined from Sevilla in 2005.

Ramos will wear the number four shirt in Paris and will earn €12m per season after doing his medical on Tuesday.

Meanwhile, Real Madrid defender Raphael Varane is also linked with a move out of the Santiago Bernabeu, but the Los Blancos are not in a hurry to sell after the French World Cup winner was linked with Manchester United.

Similarly, PSG has been involved in several deals in the summer transfer window as they continue to chase the UEFA Champions League.

PSG played and lost in the final to Bayern in 2020 before crashing out to Manchester City in the semi-final in the just-concluded season.

The Paris side has signed Memphis Depay, Italian goalkeeper Gianluigi Donnarumma as well as Ramos on a free transfer, while Moroccan left-back Achraf Hakimi joins from Inter-Milan in a record deal.