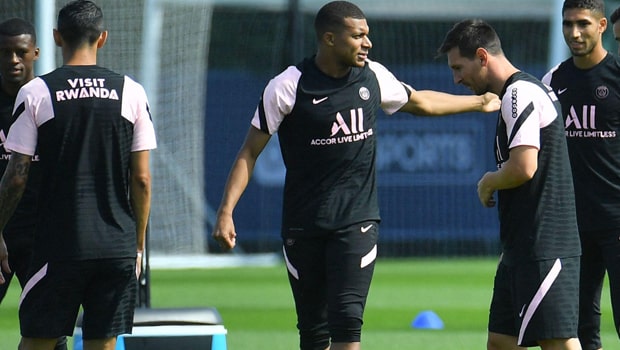 La Liga side Real Madrid has stepped up their chase for PSG forward Kylian Mbappe with an improved £145.6m (€170m) after their initial deal was rejected.

Despite having Lionel Messi joining the team on a free transfer from Barcelona, PSG were unable to convince Kylian Mbappe to stay with his contract having just one year left.

Real Madrid submitted a bid worth £137m (€160m) which was rejected by PSG on Wednesday stating that the bid did not meet their valuation.

The club’s representative also admitted that the club will not hesitate to let Mbappe leave albeit his departure must be on the terms of the club.

Mbappe joined PSG from Monaco in 2018 for a few worth €180m, PSG are yet to complete the payment of his transfer fee with €35m to be completed if the France international extends his contract next summer.

However, the French World Cup winner in 2018 has made his interest of joining Real Madrid, to fulfill his dream of paying for the Los Blancos, known to the PSG board.

Mbappe who initially spent a season on loan at PSG in 2017 before joining permanently the next year has 133 goals and 63 assists in 174 games in all competitions.

Mbappe will be Real Madrid’s second signing this summer if PSG accepts the deal. The Los Blancos have signed David Alaba from Bayern Munich.

PSG on their part have  had a successful transfer window with the signing of Lionel Messi, Gianluigi Donnarumma, Gini Wijnaldum, Achraf Hakimi, and Sergio Ramos.

The Carlo Ancelotti led side have started the La Liga season with a win and a draw.