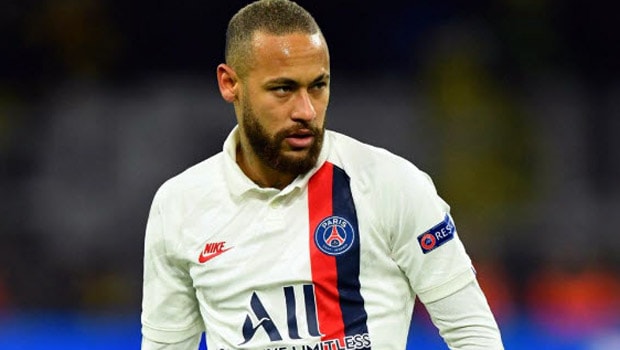 Paris Saint-Germain legend, Rai has come to the defense of his fellow countryman, Neymar who is often criticised for his play and sometimes his lifestyle off the field of play.

Neymar was in the news at the beginning of the current season which is currently on hold due to coronavirus pandemic. The Brazilian superstar couldn’t secure a return to Barcelona after leaving Nou Camp to PSG for a world record of 220m Euros.

Rai who became a legend for the French champions in the 1990s admitted that the Brazilian captain is technically gifted and he is a  fascinating lad that can annoy a lot of people as well.

Most of PSG’s fans were annoyed with him at the beginning of the season as they continued to boo him in games due to his failed move to Camp Nou. He was also linked with Barcelona rival, Real Madrid; a deal which also fell through.

Since his world transfer to Parc De Prince from the Camp Nou in 2017, he has been an important player for PSG. It was reported that the management of the Ligue 1 runaway leaders would be happy to win the Champions League having won the domestic league on eight consecutive occasions on the roll.

But recently, several Brazilian former players have given Neymar their backing. Neymar is the current jewel in the Brazilian national team.

World Cup-winning captain, Cafu, has last week supported the diminutive player and it is the turn of Rai this week.

Speaking on his contribution to the club so far, having cleared al the domestic trophies, Rai who is highly respected by the Parc des Princes fans in the 1990s, expressed the belief that Neymar will be a success in the capital club.

While noting that being Neymar is not easy, he said he is a player highly admired and PSG is lucky to have him on their paycheck.

Rai was a success at PSG. During his stint with the capital club, he led them to two Ligue 1  titles, two Coupe de la Ligue, a UEFA Cup Winners’ Cup, two Coupes de France and one Champions trophy.

Speaking to France Football, Rai said that Neymar has shown that he is a genius citing an instance of his contribution to the triumph of the club against Dortmund in their last knockout game of the Champions League. PSG overturned the first leg 2-1 deficit in Germany by winning 2-0 in France and proceeded to the quarter-finals for the first time in four attempts.