Posted by OLADIPUPO MOJEED on August 5, 2022 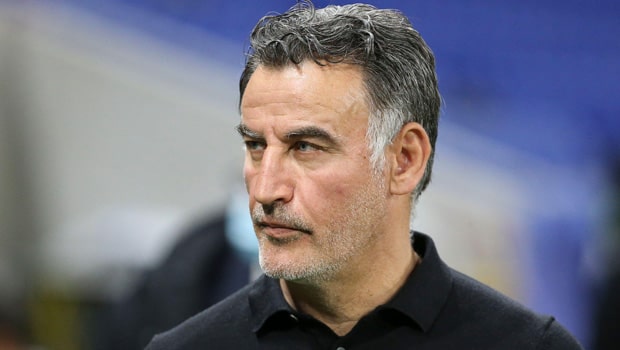 Ligue 1 champions, Paris Saint-Germain, will wet the saliva of fans who are missing competitive football as their 2022/23 Ligue 1 Uber Eats season begins at Clermont Foot on Saturday.

Christophe Galtier’s side is tipped to win their first competitive game of the season, judging from the quality of their host.

The Paris club had cruised their games during their pre-season preparations.

Galtier began his first campaign at the helm of the 10-time French champions with a convincing 4-0 Trophée des Champions win over Nantes in Tel Aviv at the weekend. This even brought the former Saint-Etienne, Lille, and Nice boss his first silverware in his new job.

Knowing fully well that his job description will not only be to secure a record 11th domestic top-flight crown but also to press PSG’s UEFA Champions League ambitions, the tactician knows the task ahead.

Before the European adventure that starts in September, Galtier needs to impress during Saturday’s league game against Clermont Foot as it raises the curtain on competitive football for 2022/23.

Looking forward to getting down to business, Galtier said his men are in this line of work for the competition.

Galtier, who left his role at Nice after 12 months to take over from Mauricio Pochettino at the Parc des Princes this summer, said there is a real desire to win games when PSG plays away.

“The stadiums are full. There’s an environment that means that you’re facing adversity. That’s also what it means to be the coach of PSG,” he added.

Meanwhile, Kylian Mbappe, who has served his red card suspension, is expected to make his first competitive outing of the new campaign at the Stade Gabriel Montpied, in which he struck a hat-trick in PSG’s 6-1 win last April.

PSG’s new signing, Renato Sanches, is likely to join him alongside Vitinha, Nordi Mukiele, and Hugo Ekitike, who also joined the club this summer window.

With a full-strength squad available at his disposal, this looks like a win for the champions already.