Bayern Munich not considering signing a left-back this summer

Posted by Akinnifesi Olumide on August 5, 2022 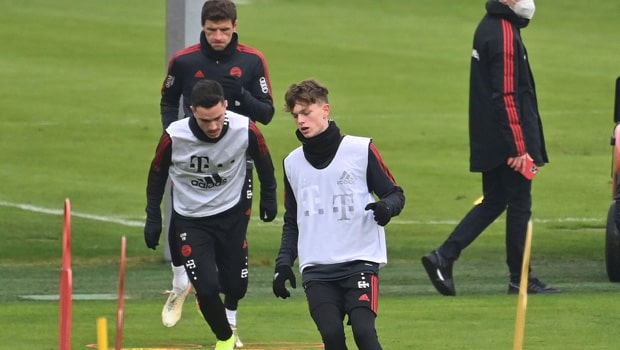 One particular department that has witnessed significant reinforcement in this window is the defence. The Bundesliga defending champions have made quality additions to the backline.

First, they filled the the right-back position by bringing in Noussair Mazraoui from Ajax. In addition to that, the Bavarian side added Netherlands International centre-back Mathijs de Ligt from Serie A giants Juventus in replacement of the departed Niklas Sule, who left to join rivals Borrusia Dortmund.

Other players who were also shown the exit door were Chris Richards and Omar Richards after the duo completed deals to English Premier League sides Crystal Palace and Nottingham Forest, respectively.

All these exits have left Bayern short of options in the left-back position. Many would have thought there would be replacements for that role. However, the reverse might be the case as reports reveal that the Bayern hierarchies currently have no plans to recruit for that position as they aim to draft in Lucas Hernandez as an alternative to the first choice left back Alphonso Davies.

The French international has always provided cover for Davies whenever called on as he is no stranger to that time. However, he might not possess the blistering pace and movement like Davies, but he is considered a proper backup to rely on.

Bayern boasts a lot of personnel at the heart of the defence, which will also give Hernandez less competition on the left side of the defence.

Further reports also confirm Julian Nagelsmann has been grooming Paul Wanner in the left-back role during training. Although we might not see him in action immediately except for cup competitions in the league, this will help him develop and adapt faster.

Bayern resumes their first Bundesliga game of the 2022/23 season when they take on Eintracht Frankfurt on Friday the 5th of August 2022.