PSG have no plans to let Kylian Mbappe leave 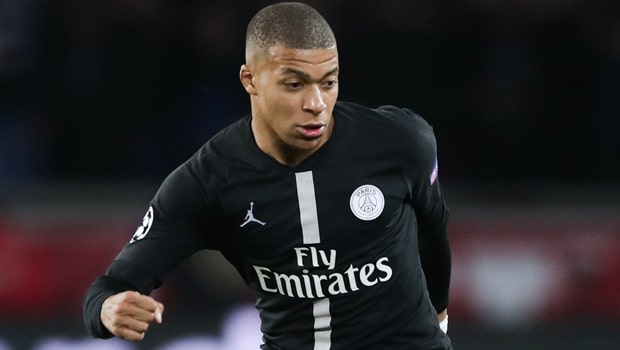 Paris Saint-Germain insist Kylian Mbappe will not be leaving the club this summer despite some recent comments made by the youngster indicating to the contrary.

France World Cup winner Mbappe has been a revelation since arriving at the Parc des Princes from Monaco, initially on loan in 2017, and he was named both Player and Young Player of the Year at the Ligue 1 awards ceremony on Sunday night.

However, when receiving those awards Mbappe dropped several hints that he could leave PSG this summer, suggesting that he has “come to a turning point” in his career and would be open to a “new project”.

Real Madrid have been heavily linked with making a move for Mbappe ever since he first burst onto the scene with Monaco, although PSG have now moved to quash all talk of a departure by insisting there is no chance of the 20-year-old leaving the club in the near future.

PSG issued a statement on Twitter, saying: “Strong links have united PSG and Kylian Mbappe for two years and that same story will continue next season.

“With a shared ambition to mark history in European football, after 50 years since PSG was founded, we have a chance to write a big page in history together and each major player will have to play his part, always working for the team.”

Winning the Champions League certainly seems to be PSG’s main goal over the coming seasons and Mbappe is one of the players they want to play a part in that success.

However, before they can fully turn their attention to the summer, the Parisians must first round off their Ligue 1 campaign when they visit mid-table Reims on Friday.

Thomas Tuchel’s side are priced at 1.44 to sign off for the season with a victory, while Reims are available at 6.50 and the draw is on offer at 5.00.