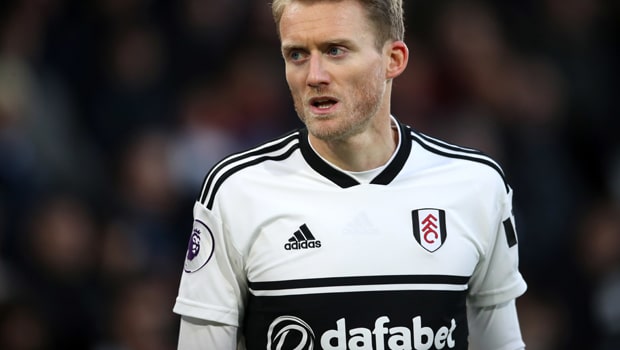 Andre Schurrle admits he did not even contemplate Fulham suffering relegation from the Premier League when he joined the club last summer.

German World Cup winner Schurrle was one of a number of high-profile arrivals at Craven Cottage following their return to the top flight in 2018, but it proved to be a disappointing season for the Cottagers, who were relegated back to the Championship with five matches of the campaign to spare.

Schurrle actually enjoyed a strong first half of the season, scoring six goals in 18 starts by mid-January, but the 28-year-old then picked up a virus that ruled him out for the best part of a month and his influence was minimal upon his return.

The former Chelsea star admits the season ultimately proved disappointing for both himself and Fulham and he has now revealed that relegation was not something he ever contemplated when he originally joined on loan from Borussia Dortmund.

“Obviously my thoughts weren’t close to that (relegation) when I signed because I thought we were going to be comfortable and have an enjoyable season. But football is like this,” Schurrle told the Fulham website.

Schurrle initially joined Fulham on a two-year loan , but relegation has seen that deal cut short and he will return to Dortmund this summer. It proved a frustrating spell in west London for the forward, who admits he feels like he is leaving the club with unfinished business still to attend to.

“For me, as well as the team, it was not the best season,” Schurrle added.

“In the end we did not play close to the quality that I have, that the team has. I leave here with a lot of frustration and a lot of unfinished business.”