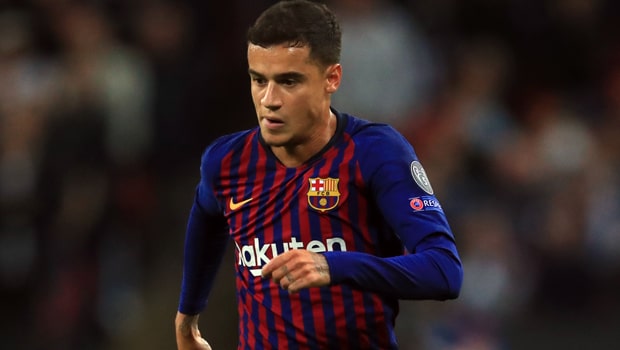 Philippe Coutinho’s agent has given hope to Premier League teams wanting to sign the Brazilian by stating he has had no contact with Paris Saint-Germain over a possible summer switch.

It seems Coutinho’s spell at Barca may be coming to an end, with the Brazil international failing to hit the heights after his big-money move to the Nou Camp from Liverpool in January 2018.

The talented forward has been in the first-team plans but has spent too much time on the bench for his liking and may well be seeking a fresh challenge next season and beyond.

Premier League trio Manchester United, Liverpool and Chelsea have all been linked, while Ligue 1 giants PSG are said to have spoken to the player’s camp about a move to the Parc des Princes. However, his agent, Kia Joorabchian, has denied he has opened dialogue with the Parisians’ sporting director Leonardo, as reported on Wednesday.

“I talked a few days ago with Pep Segura at Barcelona,” he told RMC Sport. “He told me that the club does not want to sell Coutinho this summer, no matter what. We have not had any contact with PSG.”

The 27-year-old scored 41 Premier League goals from 124 appearances for Liverpool but has been unable to translate that form to La Liga. He enjoyed 34 outings last term but only 22 starts, scoring five goals as Barca won the Spanish title, while also bagging three Champions League goals and three in the Copa del Rey.

Coutinho will not come cheap but it has been suggested his value has dipped from the £142m the Catalans paid Liverpool for his services. With or without the South American, Barca are priced at 1.67 to win La Liga, with Real Madrid on offer at 2.30.