Posted by OLADIPUPO MOJEED on February 23, 2022 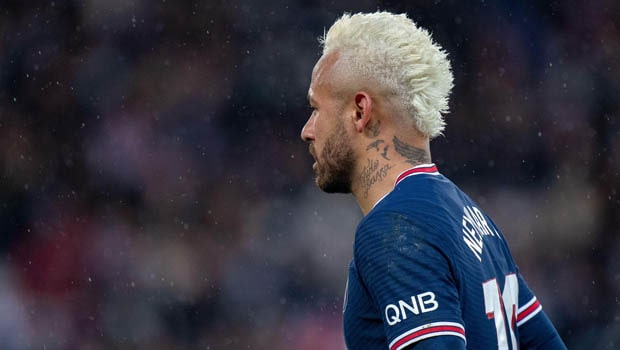 After ending speculations about his future by signing a new deal at the club, Paris Saint-Germain striker, Neymar has vowed to honour his contract with the club.

It could be recalled that the Brazilian superstar had signed a new deal recently that extended his stay at Parc De Princes till 2025.

Apart from this promise, Neymar is already looking forward to the 2022 World Cup and breaking the Seleção goal-scoring record of a Brazilian legend, Pelé.

Speaking on the Fenômenos podcast with fellow Brazil legend Ronaldo, Neymar admitted that there is still a lot to achieve by him in the sport in which he has been a major figure for over a decade.

While noting that his mental health is the most important thing, the 30-year-old said that he won’t be pushing it after his current contract with Paris Saint-Germain comes to term in June 2025.

Neymar, who further revealed joking with his friend that he will retire at age 32, said he will play until he is mentally tired.

The former Santos prodigy said he would prefer a move to America’s MLS than a return to Brazil once his tenure at the Parc des Princes is up. He added that if his mental health is okay and his body, he will still last a few years.

While noting that his mental health is the most important thing, Neymar, whose contract with Paris will last until he is 34, said he will be playing at least until then.

The Paris Saint-Germain star scored a superb goal against Nantes – a sign that he is returning to his best after a two-month ankle injury lay-off.

He is gearing up for a big year, where PSG currently tops the Ligue 1 table with a 13-point lead; they are also taking a 1-0 lead into their UEFA Champions League round of 16 return leg away to Real Madrid on 9 March.

The trio of Neymar, Lionel Messi, and Kylian Mbappé will doubtless be looking to go all the way in Europe’s top club competition. At least winning it will give Mbappe a sense of joy of finally achieving his aim for the club before leaving.

Meanwhile,  the prospect of the 2022 World Cup in Qatar is also glittering in the background.

Neymar has won almost every domestic title has competed for, but the World Cup has eluded him. He will now be leading his football-mad nation to a sixth world title – while snatching the title of Brazil’s all-time top scorer from the legendary Pelé.

He is just seven goals behind Pelé’s 77-goal record. He said it would be a great honour to be Brazil’s greatest scorer.

Noting that it is one of his personal goals, Neymar hopes to achieve it.

But before that, his attention is on the Ligue 1 action on Saturday as they welcome Saint-Etienne.