Messi reveals why he went for jersey number 30 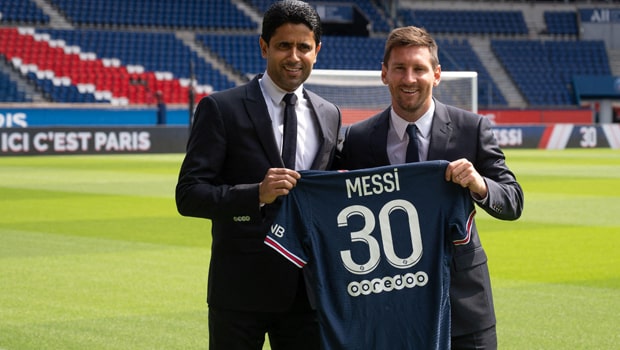 Messi, a legendary figure at Barcelona, left the Camp Nou as a free agent due to the financial quagmire. This gave PSG the advantage to sign him. He could be the final part of PSG’s winning puzzle, winning the Champions League trophy.

Explaining the jersey number, he noted it was the first number he wore when he made his debut at FC Barcelona. While stating that it’s something new, he said it was good to find the number.

He would have preferred the number ten jersey, but Neymar is the one wearing it. The Argentine seems not to be ready to tell the Brazilian to give him the number.

Meanwhile, the six-times world footballer of the year has signed a two-year deal with the Paris club, with an option for a further year.

The French media reported that he would be earning €41m net a year. This has made him the highest earner at the club ahead of Neymar and Kylian Mbappé.

This improved from the €35m/year contract he was planning to sign with Barcelona before La Liga stopped the deal due to the league’s financial rules.

He has also become the highest-paid player in French football history; This means he is guaranteed to earn at least €82m over two years, apart from personal and collective bonuses.

According to Le Parisien, the 34-year-old also earned from PSG a €40m signing-on fee. Being such a top player, PSG is expected to recoup the money through the marketing of the Argentine.

Reacting to his signature, PSG president Nasser Al-Khelaifi insisted that the club acted within the stipulated regulations for this summer’s transfer window.